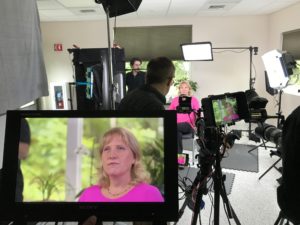 To be a prominent member of  the Boston video company and Boston YouTube scene, Skillman Video Group stays in tune with the monthly ebb and flow of Boston culture. Thanks to the lively spirit of its residents, the city has a variety of events and occurrences, all of which provide great opportunities for a video marketing company to make clients stand out from the rest. We’ll break down some of our favorite months.

The city is overwhelmed with visitors in May, and most of these visitors are parents of college students about to graduate. Boston video production companies like SVG are essential for archiving these life-long memories, but this doesn’t mean multiple clients can’t capitalize on the influx of people. Uber did a clever discount for familes visiting town to see the ceremonies. There was a special code for each major college and university across the city, allowing Uber to fully take advantage of the temporary population boost.

As the flip side to May’s energy, August and September are also when the city has an influx of visitors, but now for new students arriving on campuses with their parents for the first time, or for returning students. This is a great time to break the mold with new customers in a new city, because they have no idea what the best deals are around. Domino’s Pizza has multiple partnerships with colleges to provide student discounts at the start of the semester, immediately putting the Domino’s brand in the mind of new students. While not everyone needs to provide a student discount, companies can sponsor college dorm move-in crews with custom t-shirts and other apparel to spread brand awareness. While a student may not immediately take notice, a parent will definitely remember the company sponsor that helped their child move in easier.

November signals the start of warm family gatherings and candid pictures. It also marks an uptick in city-wide support for community service. The Thanksgiving holiday motivates many regular citizens to contribute to food drives, which presents an excellent opportunity for a PR boost. Company employees can wear t-shirts with logos and slogans as they help at the Greater Boston Food Bank, constantly reminding people that a certain brand is giving back to its community. This is also great for Boston YouTube marketing, because feel-good public service videos are viral candy.

With the holiday season in full swing and the snow starting to fall, Boston has a unique look and feel during this time of the year. Just around the corner from our office, Faneuil Hall staff sets up a massive Christmas tree that attracts tourists from all around. If clients aren’t able to hop on the community service train of November, it definitely carries over to December, so there is still plenty of time. Although for this month, someone higher up in management could dress as Santa for a major shopping center. Talk about community service from the heart.